We were commissioned to deliver a campaign that celebrates 25 years of Lynx Africa, but with progressive attitudes and nods towards sexual fluidity since the era of lad culture. The challenge was how does one celebrate the heritage of one of advertisings most impactful brands and be relevant today yet still evoke the era of the 1990’s.

Our solution was to take a trip down pop culture’s memory lane, but not just any old lane, an intergalactic time tunnel of a lane, stacked with references from the last 25 years.

MPC Creative directed, produced, shot, graded and post-produced the spot in its entirety for Unilever’s internal agency, Oliver. Shot over two days in studio and located in South Africa, the spot was almost entirely post-produced remotely from home due to Covid-19 lockdown by a crack team of visual effects artists. Our motion designers and 2D team created holograms, dance floors, floating dates and crafted the ‘Strunnel’ world; enhanced by VFX smoke and vortex’s.

The campaign was created and launched by Unilever’s in-house content agency U-Studio, one of the largest in-house teams in the world, with over 300 creative specialists across the globe. The end result is a memorable trip down pop culture’s memory lane, but not just any old lane: an intergalactic time tunnel of a lane, stacked with cultural references from the last 25 years. 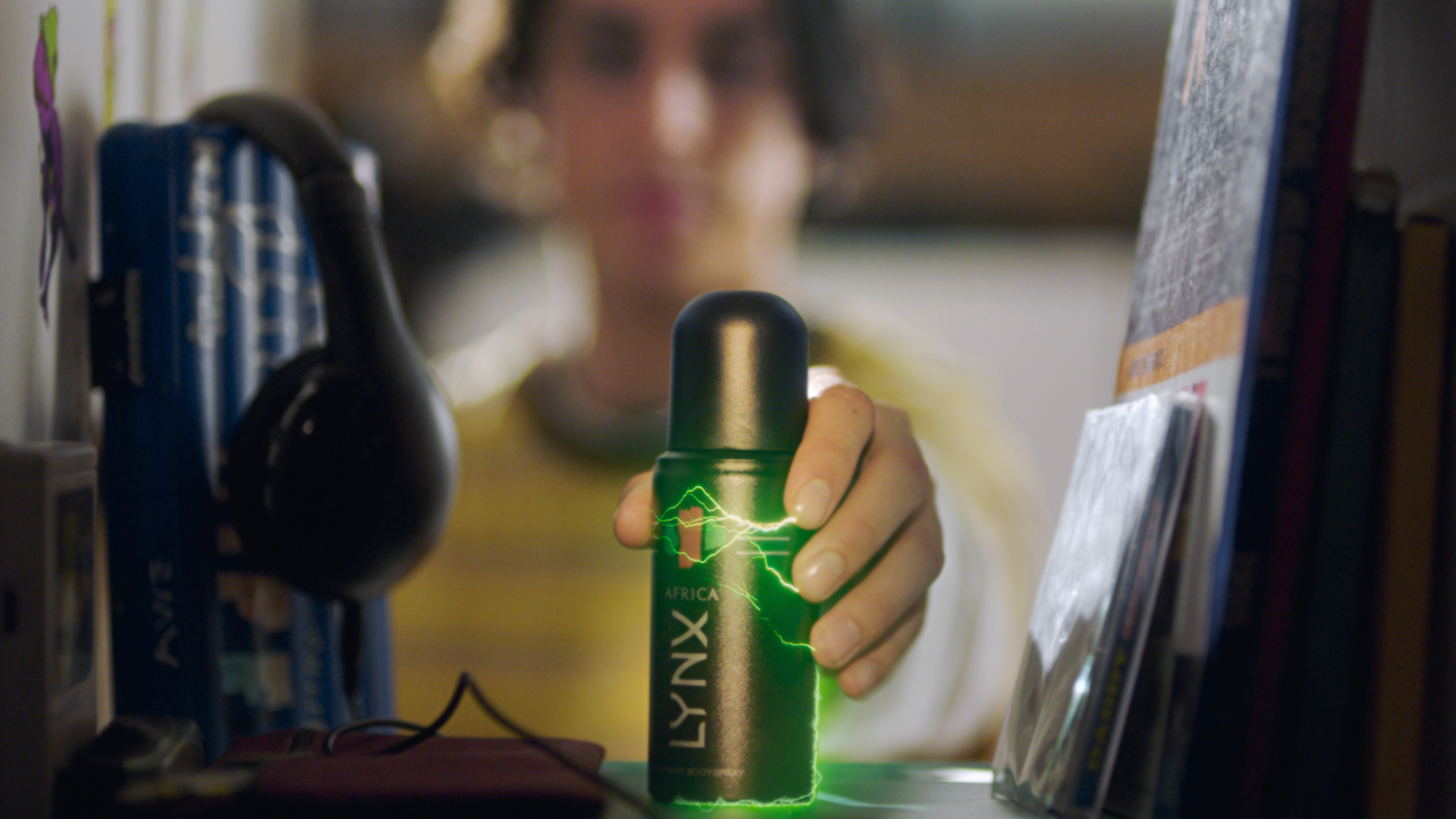 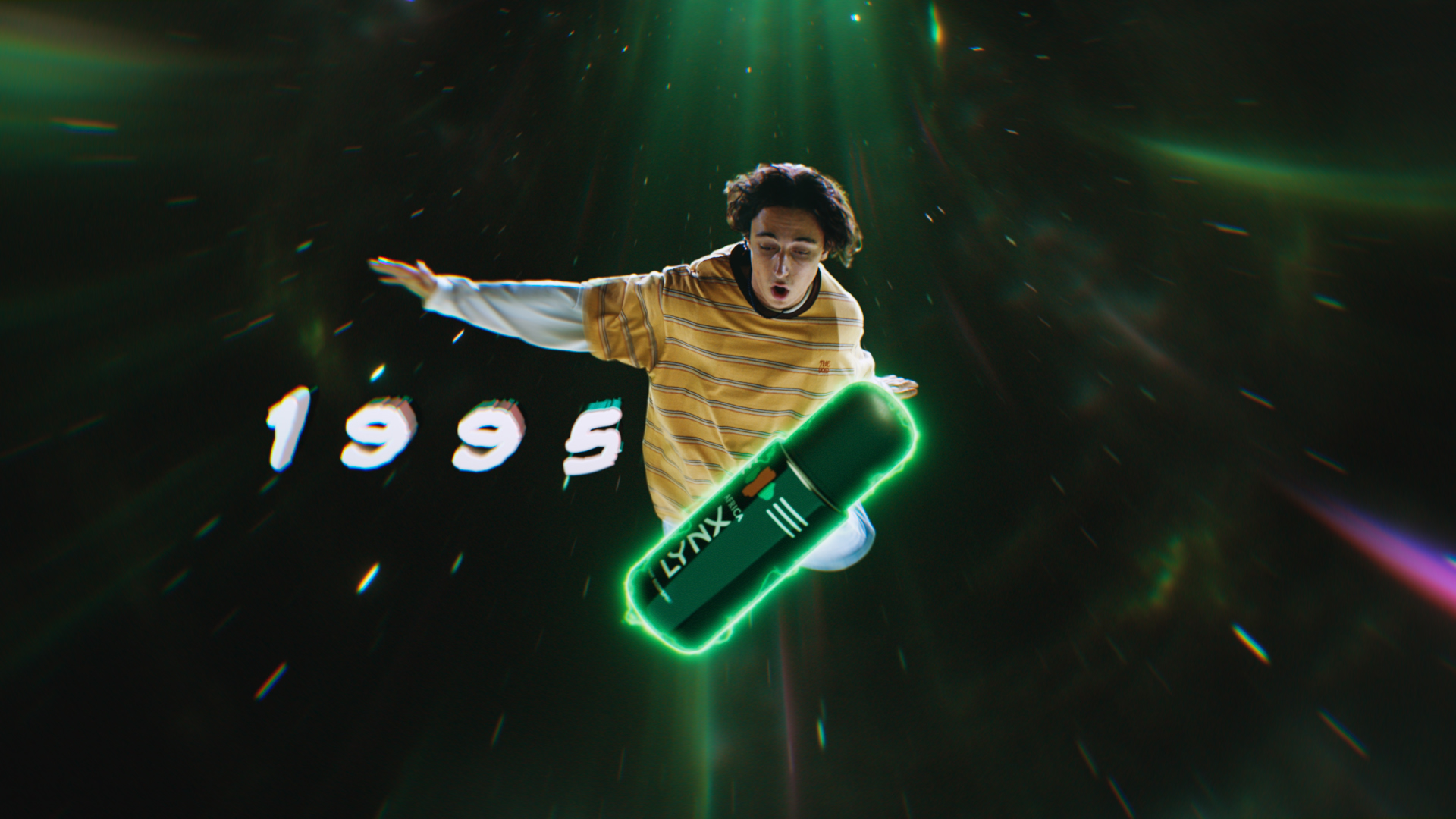 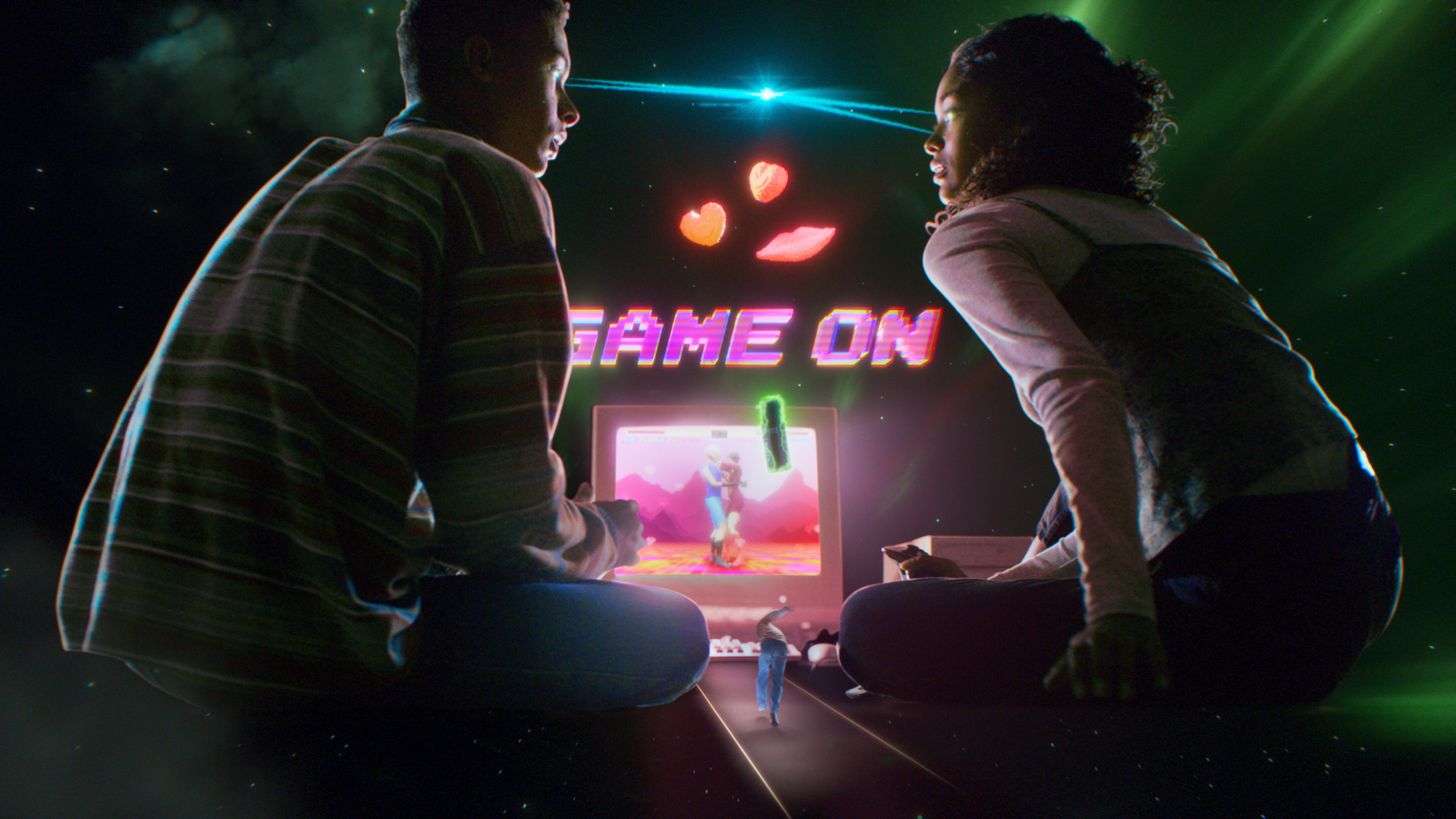 Lynx, jeez. Come on. There aren’t many brands from the last twenty-five years with such a rich, memorable and impactful legacy in TV advertising. So, what an incredible opportunity to add to that legacy, especially on such a momentous milestone as this anniversary. Once over the initial excitement, the biggest challenge to unlock was how to make something that lived up to that legacy, but equally without using and falling back on the now infamous tongue in cheek approach. So, we thought, let’s try and make this the craziest, fun and surprising journey as possible and remind those who were there and some youngsters what it used to be like. 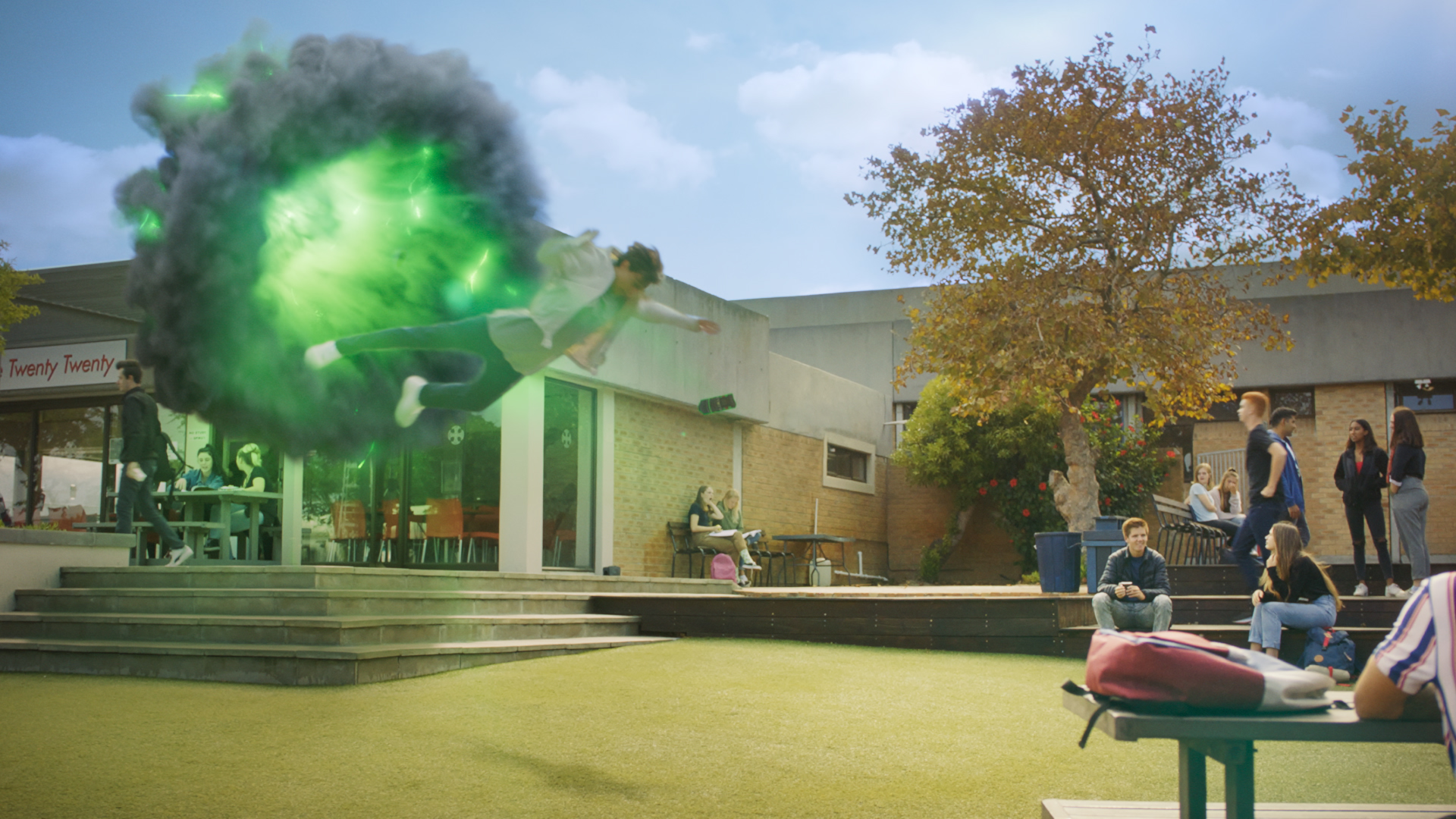 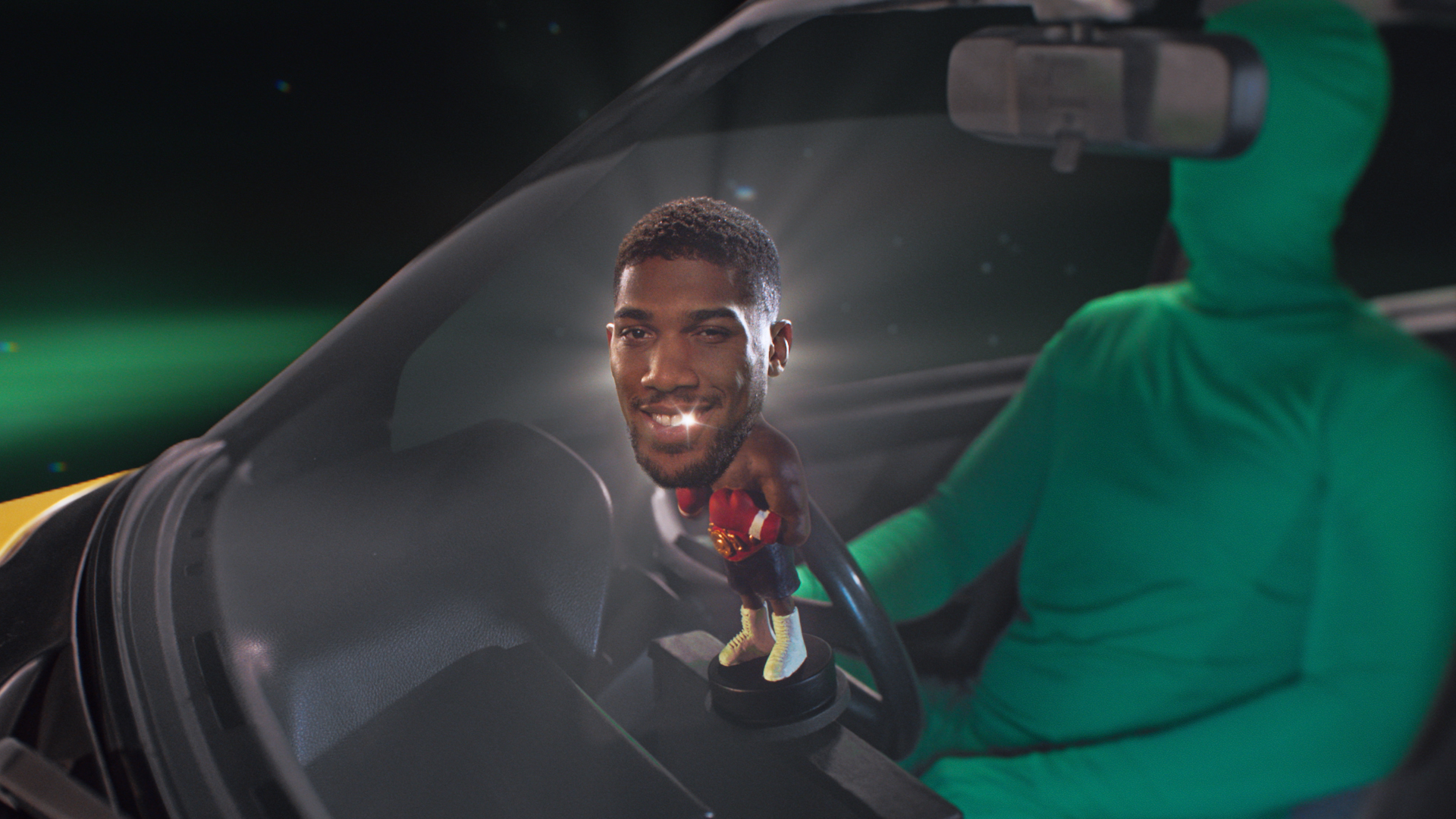 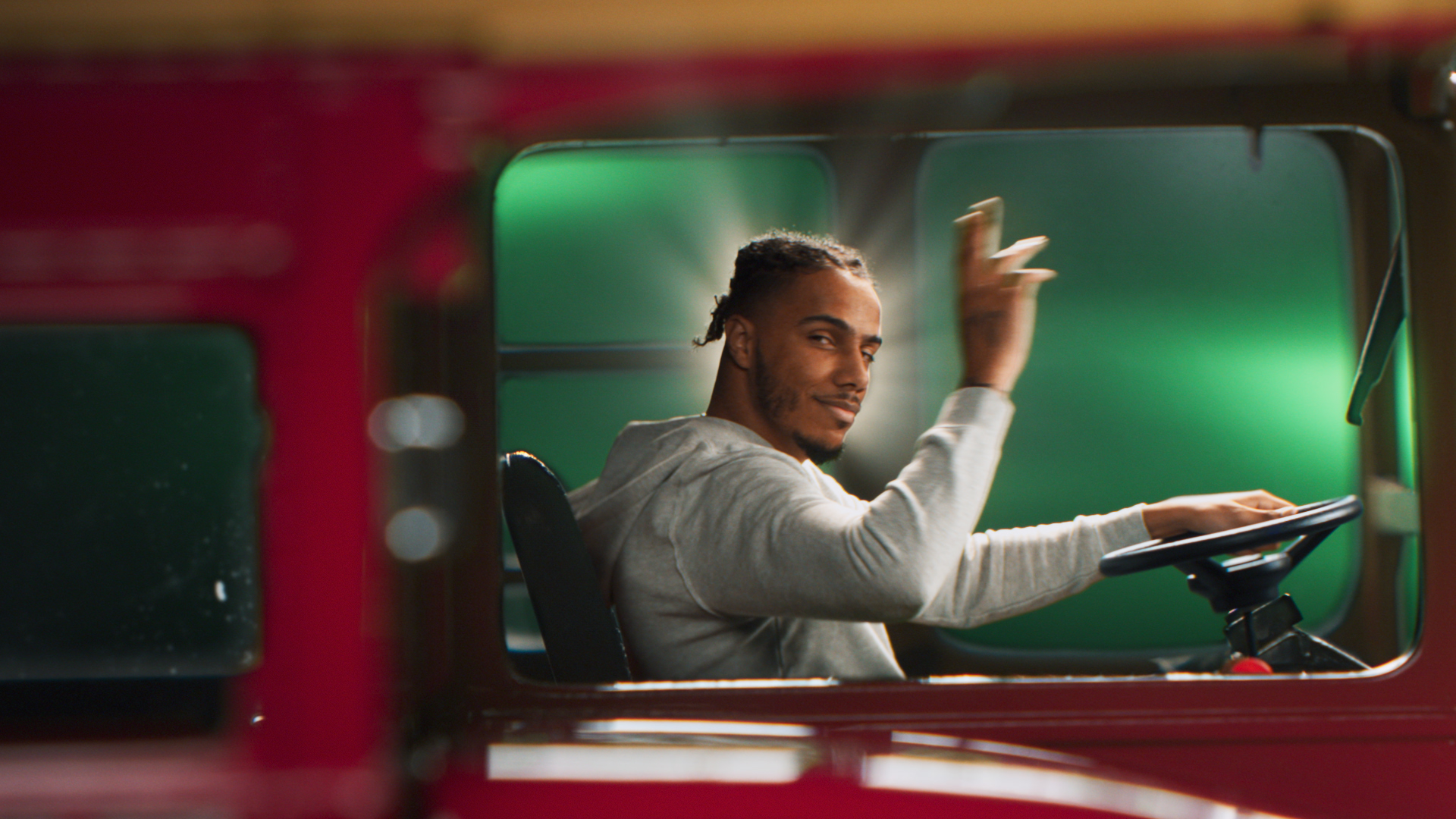 We were tasked to create a completely new world that needed strong creative direction, premium VFX work, 2D work and stand out motion design. The ‘Strunnel’ is designed outside the realms of any normal logic and rational with the creative challenge of crafting a balancing surreal iconography alongside the narrative. We began this creative journey with a pre-vis film to establish how many shots, camera angles and how to prep for the shoot but then our main challenge was to deliver during Covid-19 pandemic working safely and securely from home.

If having to watch 60 seconds of teenage vision from the 90’s wasn’t enough, our teams also worked on the campaign in the form of a 10 seconder for social featuring Olympian and legend, Anthony Joshua. You can thank us later.