MPC Creative teamed up with Audi to direct and create this elegant commercial for the UK launch of the Q5 model. The brief required us to shoot the live action car and to produce a series of 3D UIs to describe and underline the functionalities of the car.

In the spot, from BBH London and directed by MPC Creative, we follow an Audi Q5 elegantly driving through a storm. The car and film slow down to adapt to the conditions, and the car is captured in one paused moment in time against a backdrop of rain. Surrounded by sophisticated graphics, the ad explains the complex technological decisions the car makes every split second.

This stylish creative production received great mentions in Campaign, picked up Ads of Brands’ ‘Ad of the Day’, and David Reviews gave it four stars, writing: ‘Measured and methodical, the ad trades glamorous locales and revving engines for a technical showcase.’ 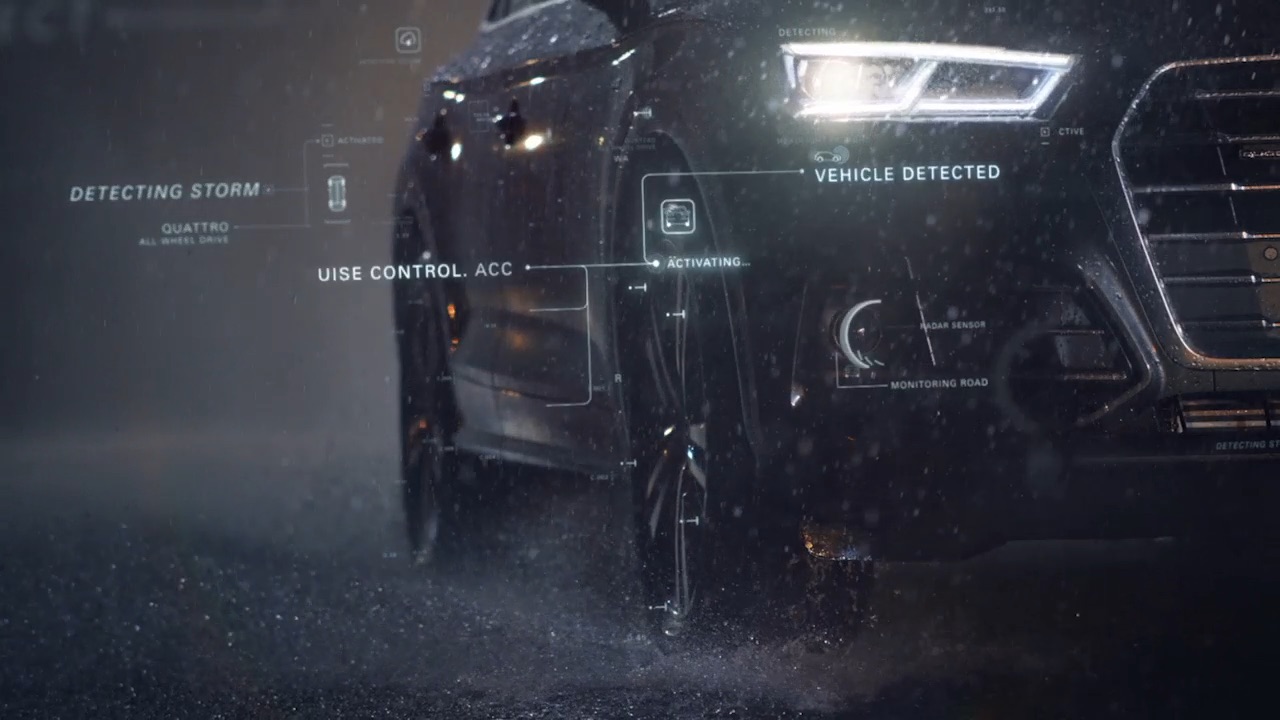 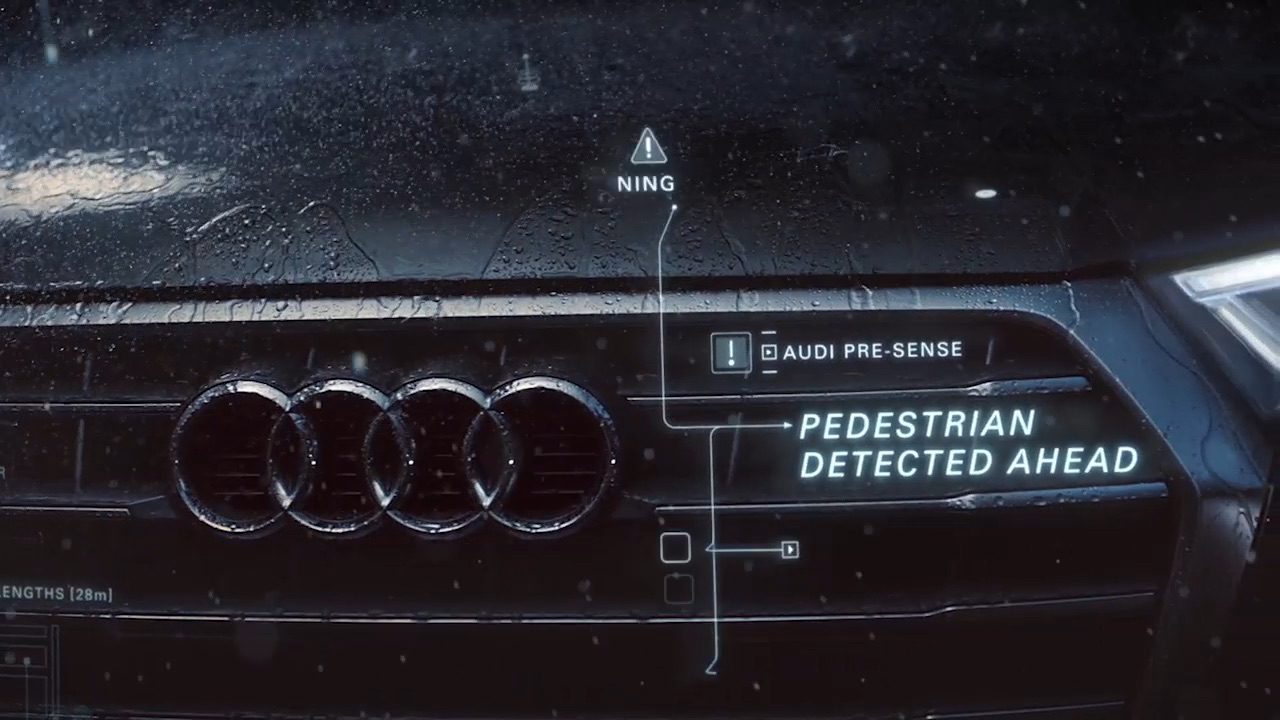 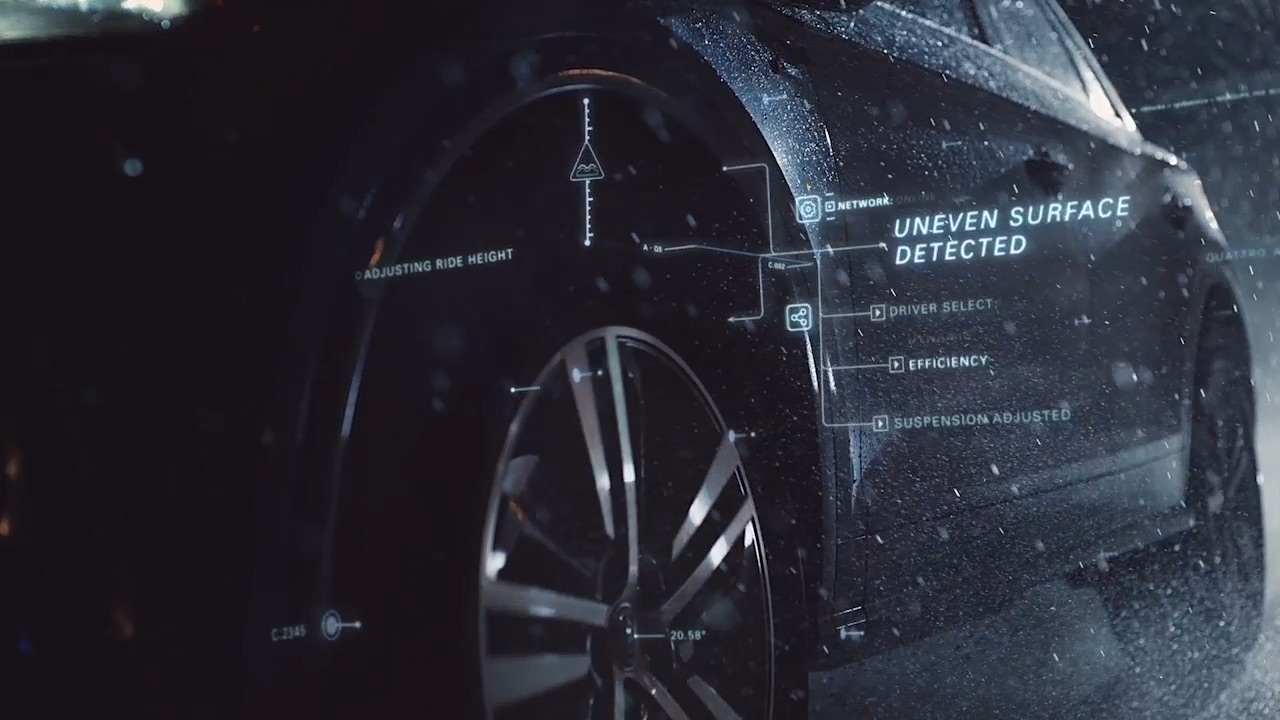 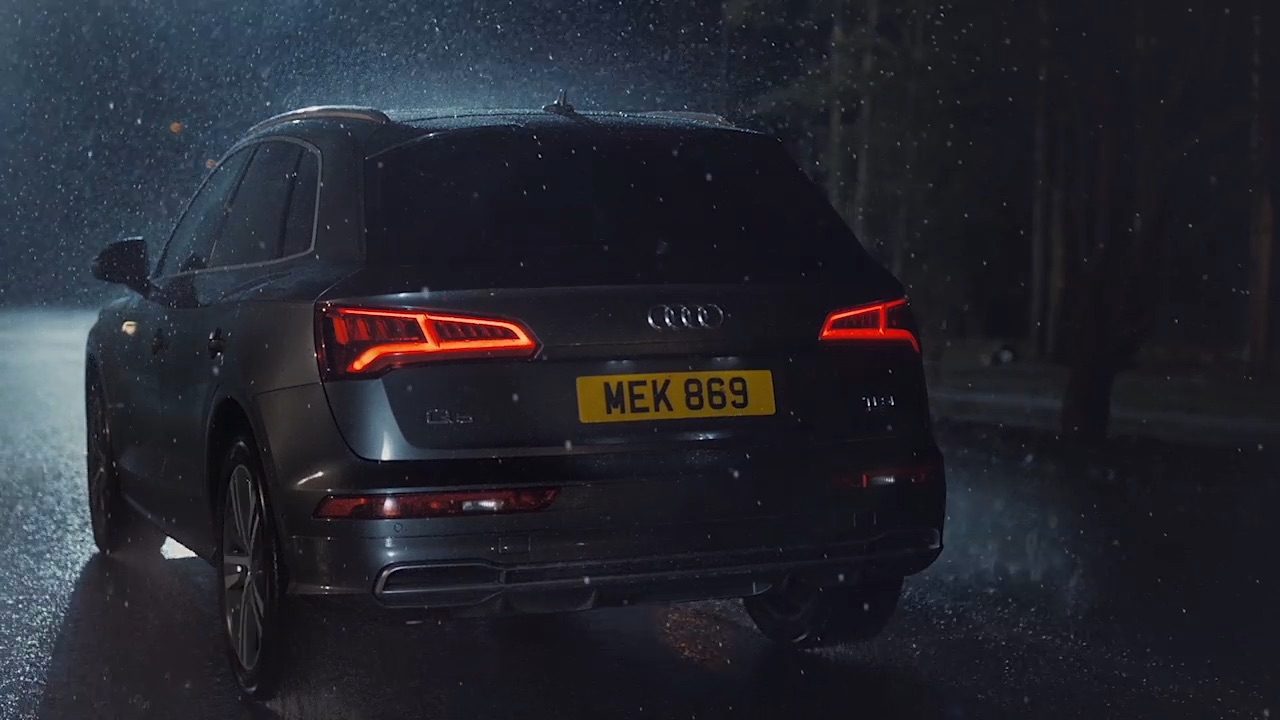 A particularly challenging and technical shoot for the MPC Creative crew, filmed over one dry night outside of Riga, Latvia. On a beautiful remote forest road our teams added 350 meters of rain towers and lighting rigs with enough exposure to capture our traveling hero vehicle at up to 1,000 frames per second, using a phantom camera mounted onto a camera car rig.

The graphics from the MPC team were instrumental to the narrative in this high-end production, in which design and animation are seamlessly integrated into an epic high-speed live action night shoot.