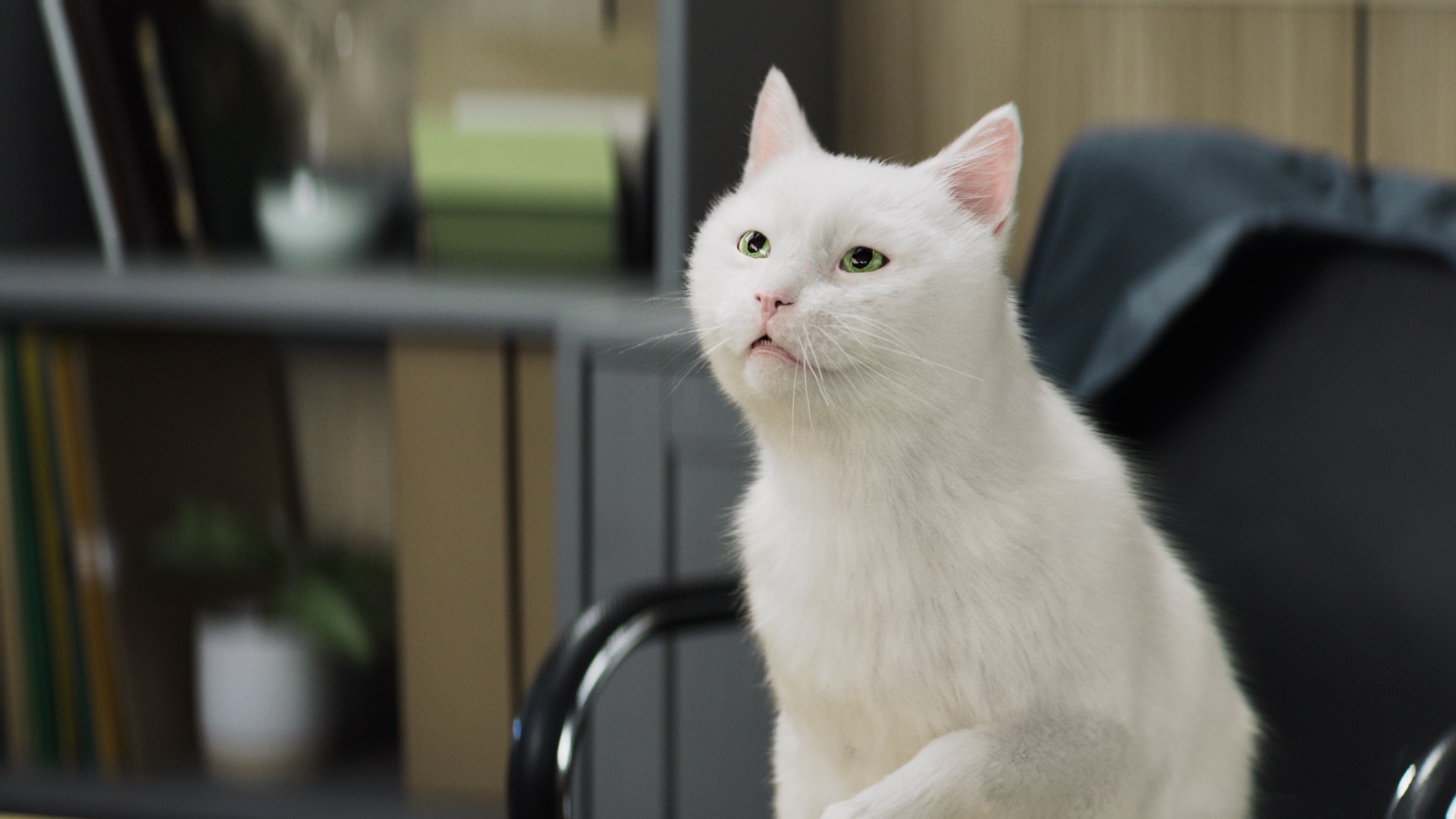 Throughout the month our artists across the global studios share insights and BTS footage behind MPC’s most iconic characters.

Next up, Shiny Rajan, our VES winning artist, unfolds the creation of Feu Vert’s brand mascot Ramsés the cat.

Can you talk about the craft behind creating Ramsés -brand mascot for Feu Vert?
Ramses the cat, was developed from the basis of existing assets and reworked from rig to fur so that the identity of the mascot matched the existing brand identity, while bringing a fresh new look. The photoreal character was made extra realistic with particular attention given to the texture, fur, rendering and of course its animation.

How did you get Ramsés’ personality right and differentiate from previous characters?
For the past 15 years, the brand mascot Ramsés the cat has captivated consumers, this gave us many references to follow and capture his attitude and personality. The commercial continues to find a substitute to their existing mascot by introducing other photorealistic animals like the hyena, shark and peacock.

What was the biggest challenge when creating Feu Vert?
Being an animator the very first challenge while animating with a lip sync, is the language, Ramses is French, and I don’t speak French! To start with we were given the English translation for his dialogs, I watched many French news channels to see how the mouth and lips move, the pronunciation and body movements. After intensive research, I was able to bring the characters to look like photorealistic animals speaking French as natural as possible.

What was the most important feature of Feu Vert?
Feu Vert was revamping its brand identity by launching a new mobility service. Keeping in mind Ramsés has 15 years of reputation being the brand mascot but the character needed a modern fresh look in line with the adaptation of its activities. “At Feu Vert, there is no substitute for the expert…” is the slogan in support of the new branding. And so, our animation had to live up to the boldness and pride of the mascot Ramsés!

Where do you see the future going for CG characters?
With a rich heritage and reputation in photoreal characters, MPC has created many animals, humans and robots over the years. For me CG characters in the future will continue to grow, and may also replace live actors, or even bring back some great ones from the dead.

What sort of research and time is involved? How well do you have to understand the animal or human anatomy?
If you invest in research you will get great results. It’s an ongoing process and only stops when the project’s over and you jump on to the next. We are constantly learning every step of the way. With the immense CG being produced at MPC, understanding animal and human anatomy is the first thing to concentrate on to make any character believable and alive. As an animator you need to be great at observing and acting.

How did you give the character a ‘human’ feel and create the emotional connection?
I picture myself as the character whilst animating them. As the characters come to life, I start adding the personality and realism yet be creative and try to bring out the best acting performance in the characters through patients and understanding the rig and their restrictions.

How did you balance realism with of the character and the potential over expressiveness of a CG Creature?
Animals are very expressive when you observe them. Being a little extreme and taking reference of realistic expressions really helps to shape the show. This is my way of keeping it real creatively.

What do you enjoy about CG creature work?
Seeing the characters come to life is my favourite part.

Who’s your inner self character and why?
I imagine myself as a mythical creature with many forms and powers like in a world of Harry Potter.