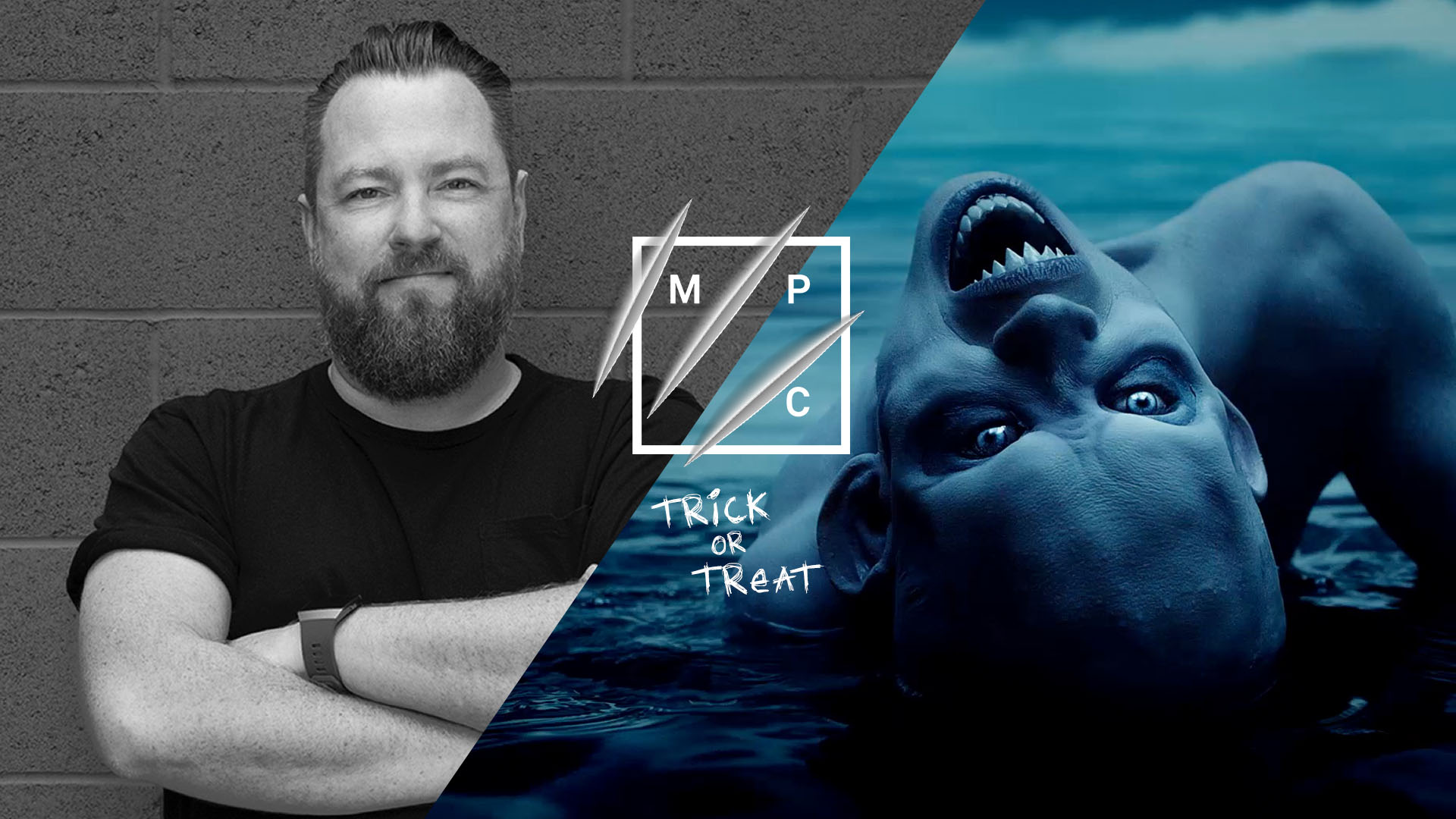 MPC Creative Director on how horror has helped advance the VFX industry and his recent work on American Horror Story’s season 10 trailer.

In the lead-up to every VFX artist’s favourite time of year (Halloween!), we sat down with our Creative Director, Morten Vinther, to talk about his recent hair-raising work on the American Horror Story Season 10 Trailer, featuring a creepy alien childbirth.

At MPC, Morten has directed a wide range of impressive eerie films including the launch film for Sony PlayStation’s The Last of Us II and Dell Alienware’s global campaign “Where Human Meets Machine”.

In your option, how have horror films have helped advance the visual effects industry?

The visual effects industry we know today would not be here if it hadn’t been for horror films. The desire of filmmakers through the past 100 years to push the boundaries of VFX to thrill an audience has greatly contributed to the rise of visual effects. Whether we’re dealing with aliens, vampires, monsters, zombies, or the paranormal, VFX has always been the go-to for bringing these things to life in a believable way. We create worlds and creatures that don’t exist in real life.

What’s the key element to master when creating VFX for horror?

I think that one of the key elements to creating successful VFX for horror is authenticity. We need the audience to buy into the illusion that what they’re witnessing is real. We achieve that by always injecting a healthy dose of real-life physics into whatever we’re creating. I find that establishing a close-knit relationship between practical effects such as interactive lighting and enhancing with VFX, really grounds the scene and makes it more believable. Another key element is to sometimes show restraint. As humans, we’re often more frightened by the things that we can’t clearly see. Seeing a shadow or reflection of the monster is often scarier than putting the whole thing clearly on display.

Can you talk about bringing to life American Horror Story trailer? What was the creative process?

This year’s American Horror Story trailers were brought to life through a great partnership between practical effects and VFX. The costumes, props, and makeup looked incredible, and we were able to add to and complement what was already there with our digital effects. The team at FX, led by Stephanie Gibbons and directed by Paul Tolton, always go to extremes to capture as much as possible in-camera. Over the years, we’ve developed a creative process with the FX team where we very quickly work out what’s practical and where we apply ourselves with VFX. The surreal nature of these films meant that we’re not referencing anything that already existed, and we spent a good bit of time concepting things like Rubber Man’s body exploding when he gets stabbed, the look of THE multi-limbed spider-like creature, the hyper-lapse onto the murder house in the red fields and the enormous waves of sand and water colliding. The process of bringing all these things to life was a complicated mixture of practically shot elements on stage, aerial shoots over Los Angeles and quality time spent shooting in the desert. All this was enhanced with a cocktail made from all the VFX disciplines ranging from hardcore 2D compositing to DMP, realistic CG lighting, and some of the biggest Houdini simulations we’ve done in a long time.

What’s the craziest problem you’ve come across whilst working American Horror Story trailer – and how did you solve it?

Any kind of water simulation is hard to do and the closer it gets to the camera, the more difficult it is to maintain realism. For the giant wave/dune shot, we ended up shooting additional practical foreground elements that we could blend with the CG water. Because of the bespoke lighting in the scene, we did a lot of research to find a beach that was facing the right way with the sun in the right position at the right time with the right water activity levels. We found a beach in Orange County that on a specific day had the highest tide of the year and the sun in just the right position. So, we literally had to wait for the sun and the moon to align at the right place and time to get some great foreground elements to mix with the CG.

What elements/secret do you use to maintain realism in horror? Can you give an example?

We try to be as creative as we can be in terms of methodology. We know that we have the best team in the world combined with a very advanced pipeline and great tools at our disposal, but we always collaborate to see if there is a better/faster, or more cost-effective way to achieve a particular shot.

For the last several years we have been using LED projections to partially light sets and talent. This greatly adds to the level of realism and was particularly important in the AHS films where we had a lot of talent in water producing a highly reflective surface. Doing these types of shots in the traditional way with blue/green-screen would have required a much larger effort to make them feel believable.

What’s your favourite horror film/director & why?

The Exorcist (1973), directed by William Friedkin. I grew up in a very religious home and this film still haunts me!

View Morten’s portfolio and get touch with our teams here.