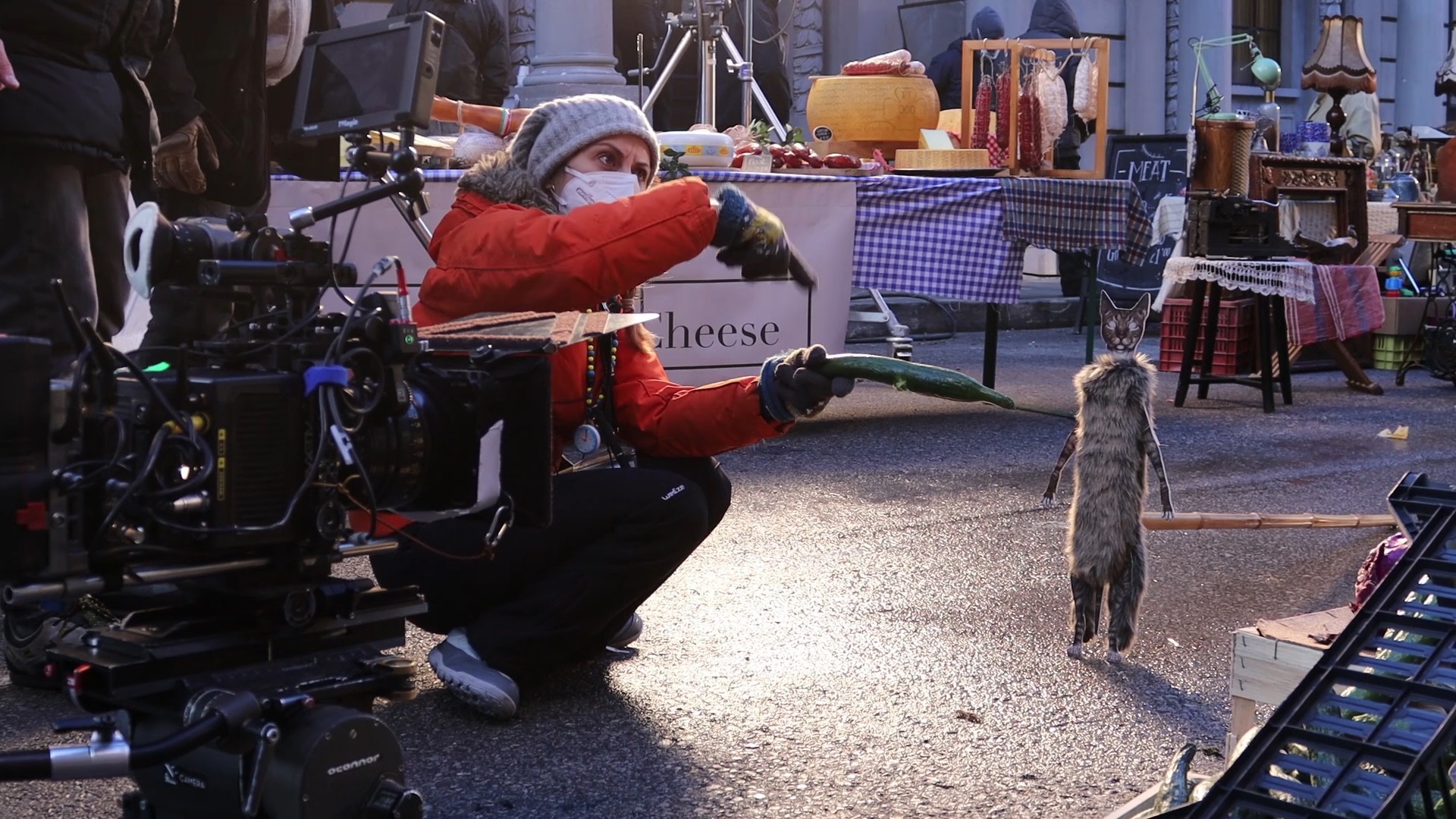 In our Behind the Moving Image series, we share the latest and greatest behind the scenes look at how our VFX geniuses bring to life some of our most iconic work. Check out BTS for Xbox ‘Us Dreamers’, Arm & Hammer ‘Once Upon A Time’, Technicolor ‘Masters of Colour’, Starburst ‘Turaffe and Carl’, O2 ‘Bubl’, Frangi ‘Goddess’, Vittel ‘Biodiversity’France Television ‘Sumo’,  John Lewis & Partners ‘The Boy and The Piano’, Virgin Australia ‘Up Up & Toupee’, Channel 4 ‘Meet the Superhumans’, Jaguar ‘A Breed Apart’, McDonald’s Reindeer, Edeka ‘2117’, Samsung ‘Flex Your Way‘ and most recently Berocca’s Rocky the Lizzard.

In the spotlight this week is the ‘Walk Tall’ campaign from UK credit card provider Vanquis. In the brands TV ad, the Vanquis customer is represented in the form of a CGI cat, created by MPC who produced both the live action and VFX for the campaign.

David Bryan, Animation Director at MPC said: “The bulk of the animation centers around the cat strolling through the market, so we aimed to build a strong base cycle that would serve as a good foundation to build our character performance on top of with the use of additive animation layers”.

He added: “For the base animation we took our references from the confidence shown in Saturday Night Fever by John Travolta, the swagger in Barrack Obama’s steps and the attitude personified in Southern Comfort’s ‘Whatever’s Comfortable’ campaign. We then layered in the character performance leaning in towards Gene Kelly in Singing in the Rain. We also wanted to tie the animation into the music a little bit, so the strides were timed out to sync up with the track tempo and a subtle body bounce was layered in to match the energy of the music. The opening titles for Disney’s Robin Hood were a fun example of how to loosen the cat up for this task”.

At every stage, it was important that the animation was confined to what would be physically possible within a cat’s anatomical limitations. David said: “The most challenging part was trying to give the cat a sense of weight on its tiny paws without the walk feeling awkward”.

The campaign was created by NOW and directed by Henry Littlechild at MPC Creative.