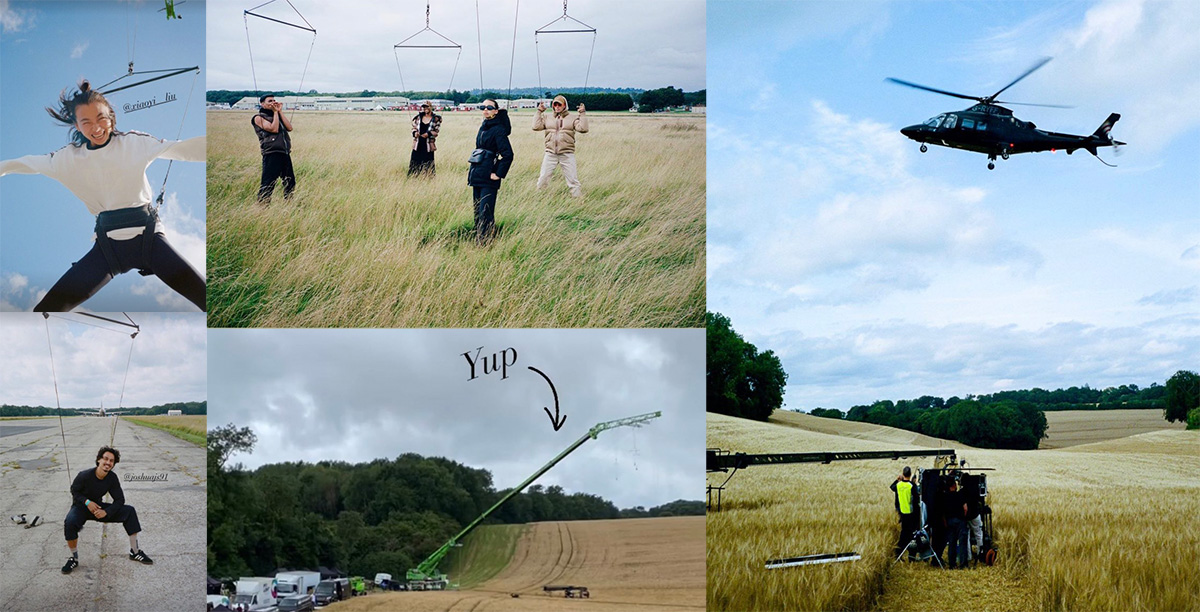 This new spot sees characters flying high above fields, and a cliff.

This Burberry ‘Open Spaces Film’ really caught my eye yesterday. The film, which is credited as having a ‘Creative Idea and film direction by Megaforce’ features a number of performers lifting into the air and taking flight. A whole bunch of crane and wire work and VFX made it possible. You can read more on the website of MPC, which handled the VFX.

Megaforce has also been posting some fun behind the scenes via Instagram. (Thanks to William Wilkinson for pointing these posts out to me).

Check out the film below, and view further credits here.

First Published on Before & Afters.